Even if you are a camera head this one is a surely needed addition. Its tiny size alongside its ease of use make it one of the most convenient digital cameras we have been using for dreamy snaps. There is never going to be the oft lived story of not finding the right cable for your camera as this one as a USB port built right in. You can then use this USB connection to transfer files as well as charge the camera.

The Clap is about as big as a regular USB flash drive, which it happens to contain. The camera is also a memory card reader for microSD cards. It’s capable of shooting two megapixel photos and 720 by 480 movies. Claps come in a number of colors like blue, orange and black. 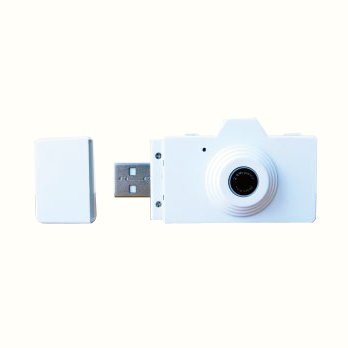 Camera does not a viewfinder on the Clap camera. However, it’s very simple to use. Turn it on, press the shutter button and bam you’re filming or taking photos.