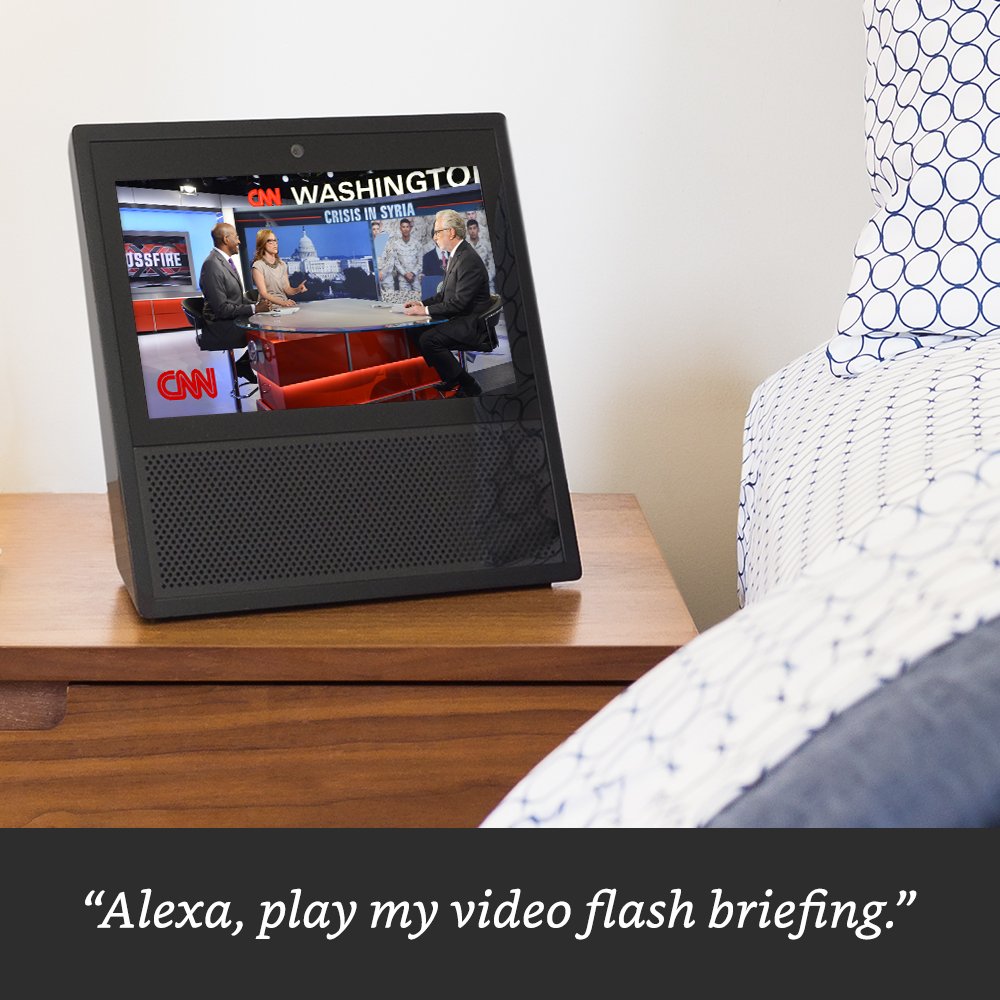 Echo Show – everything you love about Alexa, and now she can show you things. Watch video flash briefings and YouTube, control smart home devices like lights and cameras, plus see music lyrics, photos, weather forecasts, to-do and shopping lists, and more. Talk with anyone who has an Echo, Echo Dot, or the Alexa App, or drop in for a live visit over video with other Echo Show owners

Amazon wants Alexa to be able to show as well as tell.

With the addition of a touchscreen, Amazon said that users will be able to watch video flash briefings and YouTube, see music lyrics, check on security cameras, swipe through photos, view weather forecasts, make to-do and shopping lists, and more. Far-field voice recognition, eight microphones, beam-forming technology, and noise cancellation allow users to be heard from anywhere in the room, as well as over loud music coming from the Echo Show itself.