Hundreds of business and research leaders are gathering in the Chinese city of Tianjin for the annual World Economic Forum. Innovation is in the spotlight for the current ‘Summer Davos’.

The World Economic Forum (WEF) is a Swiss nonprofit foundation, based in Cologny, Geneva. Recognized by the Swiss authorities as an international body, its mission is cited as “committed to improving the state of the world by engaging business, political, academic, and other leaders of society to shape global, regional, and industry agendas”.

The Forum is best known for its annual meeting at the end of January in Davos, a mountain resort in Graubünden, in the eastern Alps region of Switzerland. The meeting brings together some 2,500 top business leaders, international political leaders, economists, and journalists for up to four days to discuss the most pressing issues facing the world. Often this location alone is used to identify meetings, participation, and participants with such phrases as, “a Davos panel” and “a Davos Man”.

The organization also convenes some six to eight regional meetings each year in locations across Africa, East Asia and Latin America, as well as undertaking two further annual meetings in China and the United Arab Emirates. Beside meetings, the foundation produces a series of research reports and engages its members in sector specific initiatives Since the Summer Davos Forum landed in Tianjin in 2008, Tianjin Municipal Commission of Commerce has actively used the high-end platform, grasped the opportunity with thronged transnational companies, focused on the high-end cluster chain and pushed foreign investment attraction to achieve progress. During the “Twelfth Five Year Plan” period, the foreign investment in actual use hit USD 84.9 billion, with an annual average growth rate of 14.3%.

There are four highlights in Tianjin’s attraction of foreign investment via the Davos Forum, i.e. the enterprises engaged are of high level and cover a wide range; departments and citizens are of the same mind to participate in to form strong joint strength; the foreign attraction event is of targeted goals and substantial efficiency and transnational companies pay more attention to Tianjin. 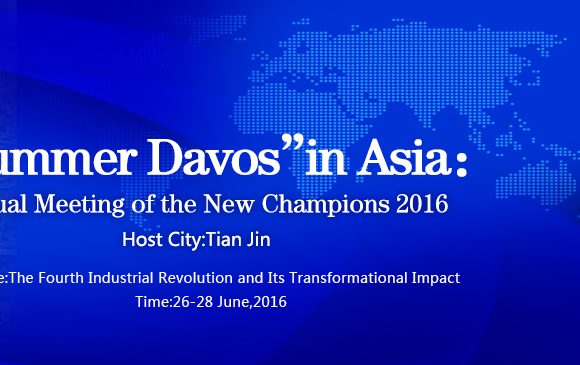