‘Nucleus’ is an internet–connected intercom that supports voice and video and the founder Jonathan Frankel’s vision is to change the way we live and communicate in digital world and make it easier.

Nucleus aims to reinvent the home intercom. It’s also designed to be an all-in-one, voice-activated control panel for the connected home.

At a glance, the Nucleus is a device that looks very much like a tablet. It measures 9 by 7 inches and it is 0.9 inches thick. It weighs about 2.1 pounds. But beneath that simple exterior it is actually a system designed for instant family communication. Its design is based on the hallowed home intercom system, except that now it comes with modern wireless features.

It works as a control panel as well as a display. That’s why it’s designed to be displayed out in the open. You can mount it on your wall or you can have placed on a desktop stand. Both the mount and the stand are part of the purchase. It’s not a mobile device however, despite its compact size. So at the very least, you can’t misplace it. You won’t have to wonder just where it is, because it’s meant to stay in one place.

The Nucleus Intercom is a good option if you want a simple way to communicate with the family in a larger home, or video chat with less technically savvy loved ones. 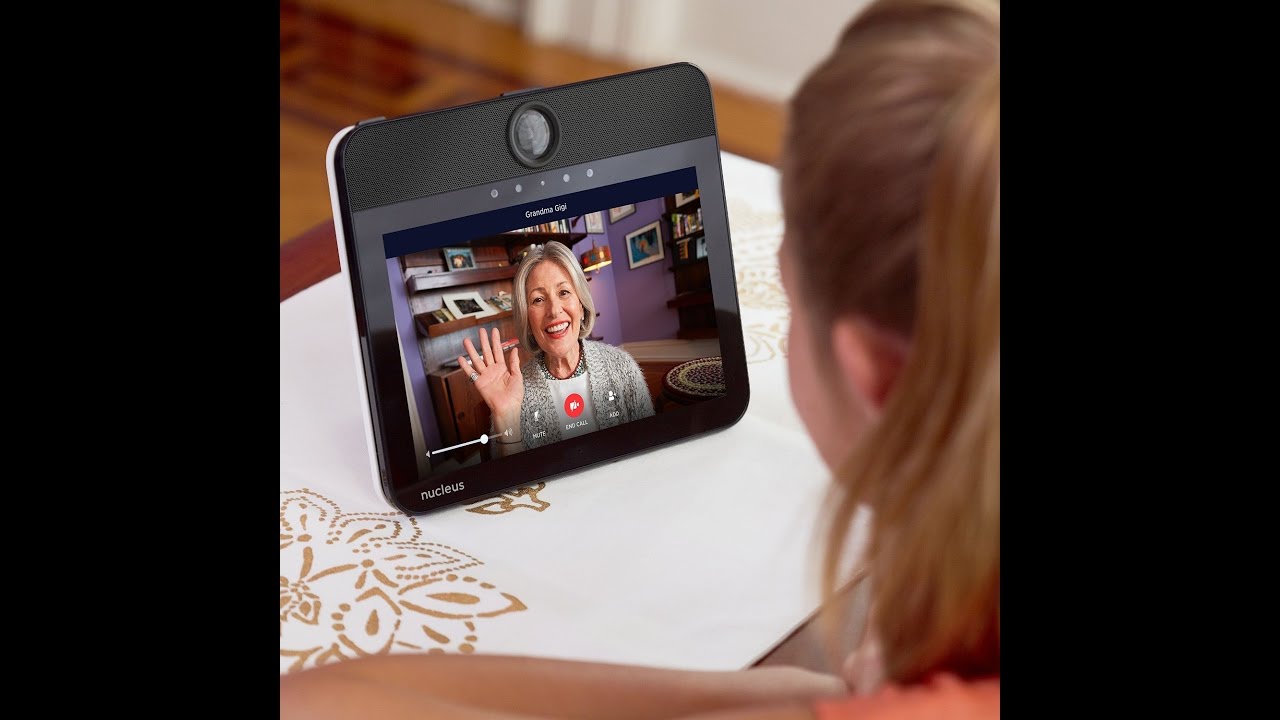 The Nucleus integration with Alexa works exactly the same way as with Amazon Echo– except Nucleus has a touch screen. That’s helpful when, as is sometimes the case, you ask Alexa to play music only to end up yelling at it when you want it to stop, or having to unplug Echo to shut it off. Nucleus solves that pesky problem by letting you shut off or change the music by clicking on the screen if Alexa doesn’t hear you.