Dr. Roberson is collaborating on research of a new solid-state battery prototype with Dr. Ryan Karkkainen, a composite material expert at the University of Miami. The chemistry and structure for the battery was developed by Xiangyang Zhou, Ph.D., associate professor of mechanical and aerospace engineering, also at the university. Three students from the university currently are working on the prototype with Roberson.

“Creating a structural battery material could revolutionize the way NASA operates small payloads. Rather than placing a battery in the experiment taking up 20 to 35 percent of the available volume, the battery now resides in the payload structure, thereby opening up additional free space for researchers to perform more science,” Roberson said. 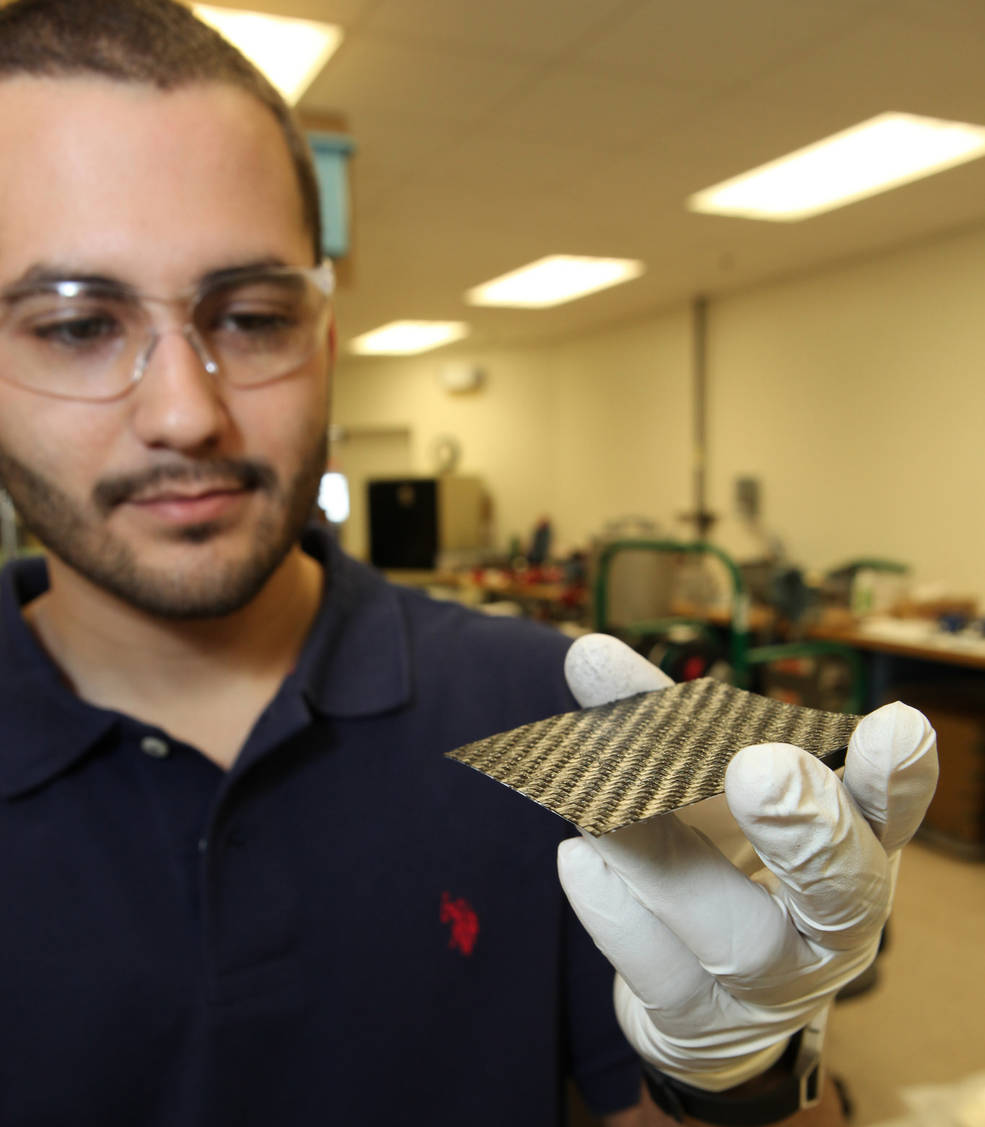 The size of the battery is so thin (2-3 millimeters) that it is a prime candidate for use in microsatellites, including CubeSats. The university partnership is funded through the Small Spacecraft Technology Program, in NASA’s Space Technology Mission Directorate.

Space is key in a CubeSat, which is usually no bigger than a large toaster. They hitch rides as secondary payloads with larger payloads on rocket launches. This new battery’s size would occupy about one-third of the area of batteries currently used to power the miniature satellites, thus allowing more space for the compact science payload.

In an area of the Prototype Lab, Perez secured several layers of the small carbon fiber squares on top of each other in a vacuum bag. He attached a vacuum hose to the bag to draw out all of the air from the carbon fiber and compress all of the fibers together, a process called debulking. After about an hour, the squares were carefully uncovered and moved to a 250-degree oven where the resin epoxy in the carbon fiber was cured.

Perez will produce several more layers in the same way. These will serve as the layers that provide the structure for the battery. Back in Miami, two other students are working with Dr. Zhou on a prototype of the solid-state structural battery layers that will be placed between the layers of compressed carbon fiber squares. 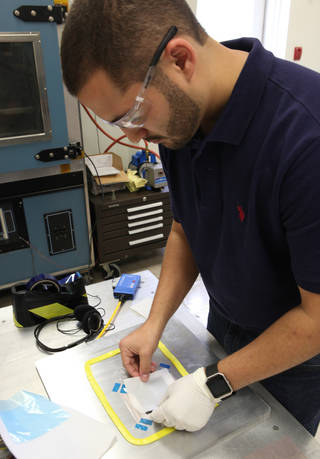 “It is a great experience to learn about fabricating composites from NASA professionals at Kennedy Space Center,” Perez said. “With the knowledge I gain here, I will be able to apply it to structural battery research to increase the mechanical performance of this technology.”

Roberson said composite reinforcement and mechanical/electrical testing will be performed at Kennedy in the near future.

Could this new type of battery transfer to other applications? Roberson thinks so.

“This technology could be used on satellite structural trusses, the International Space Station, or to power habitat structures established on another planet,” said Roberson. “Commercial applications could include automobile frames or tabletop battery rechargers.”

Power grid fluctuations are a concern for everyone. Roberson said if this type of battery could be added to current homes or buildings or included in the walls during construction, they would be an added or alternate source of power. With the proper structure elements, the batteries can be made to be impact and moisture resistant, and flame retardant.

“We have a great team working on this project, and I hope this technology will become a safe and efficient method to store energy while replacing electrically inert structural components in a wide variety of applications,” Perez said. “We’re all working hard for this technology to improve our spaceflight systems and contribute to the advancement of this industry.”