MIT researchers team up with Boston Medical Center and Philips to test a noninvasive way to measure intracranial pressure. Current methods to check for increased pressure in a patient’s brain are invasive. One widely used technique is to drill a hole in the skull to insert a catheter or sensor into the brain tissue. Because of the risk of brain injury and infection, doctors typically only measure intracranial pressure or ICP when a patient is very sick, even though knowledge of this pressure could be useful in the diagnosis or treatment of a wider variety of conditions, such as malaria and unexplained headaches.

The project, will put new ultrasound technology and algorithms into action to evaluate ICP in patients with traumatic brain injuries, strokes, brain tumors, hydrocephalus, and other conditions. “The current invasive method of measuring ICP is used only in the sickest patients, but knowledge of ICP is potentially important in a much broader population,” says Thomas Heldt, the Hermann L.F. von Helmholtz Career Development Professor at MIT’s IMES and assistant professor in MIT’s Department of Electrical Engineering and Computer Science (EECS), who is principal investigator of the study. “Our goal is to develop a noninvasive method of measuring ICP that could be used in treating a much wider range of conditions. This project gives us an exciting opportunity to test innovative hardware and modeling techniques at the bedside in real time.”

Heldt’s group is refining an algorithm that estimates ICP based on two measurements that can be taken noninvasively with ultrasound imaging technology. The first measurement, arterial blood flow velocity, or how quickly blood is moving through a patient’s arteries in the brain, will be measured using a portable ultrasound device developed by Philips.

The second measurement is the arterial blood pressure waveform. It will be taken using a device being developed at MIT’s EECS by Charles Sodini, the Clarence J. LeBel Professor of Electrical Engineering, and Hae-Seung Lee, the Advanced Television and Signal Processing Professor of Electrical Engineering. Conventional blood pressure measurements capture only the peaks in pressure when the heart beats, and the lows between beats. Sodini and Lee’s device will measure tiny changes in arterial diameter, even between heartbeats, to capture the entire shape of the blood pressure waveform.

Over the next two years, Heldt and colleagues will collaborate with neurosurgeons at the Boston Medical Center, including principal investigator and chair of neurosurgery James Holsapple and co-investigator Aristotelis Filippidis, in two phases. First they will collect baseline data from patients in the Neuro Intensive Care Unit who have undergone the invasive method of measuring intracranial pressure. Then, they will test the new algorithm and technology to actually calculate patients’ ICP.

The method being developed is intended to be portable, allowing it to be used outside the hospital. For example, EMTs could bring the technology to the site of an accident to immediately assess whether a patient has a serious brain injury.

“Today it is very difficult to gauge the level of head trauma someone has sustained at the scene of an incident, because there is no quick and effective way to gauge the pressure inside the skull,” said Joseph Frassica, chief science officer of Philips Research North America. “Whether you’re a high school football player, in the NFL, or a soldier in the battlefield, or unfortunate enough to be injured in an auto accident , we hope that this technology will give first responders a better way to determine if you have a life-threatening brain injury and allow faster and more accurate triage and treatment.” 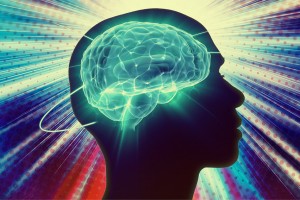