Researchers at the University of Birmingham partnered with Southampton Football Club and, using GPS technology, were able to show that footballers (i.e. soccer players)  injuries could be predicted by looking at players’ workloads during training and competition. They discovered that the greatest injury risk was correlated with a significantly high number of short bursts of speed during training over a three-week period.

The scientists are the first to look into and actually monitor injury risk with GPS technology, analyzing players’ speed and acceleration in both competition and in training. Researchers recorded several variables, including the total distance covered by athletes, distance covered at high speed, total load/forces experienced, and short bursts of speed. The data was then taken and analyzed in relation to injuries which forced the athlete to leave football activity temporarily.

The study showed the following:

Research in professional rugby displays the link between higher workloads and contact injuries. This study however, stresses the importance of looking out for and monitoring the difference between training activity (which occurs normally) and exceptional “spikes.”

The discovery points to the need for a different training structure, one that allows for distance covered at high speed and total load/forces experienced to fluctuate across a four-week period, that includes both high and low workloads. When high workloads are present progressively rather than in a short period of time, injury incidence can be reduced greatly. 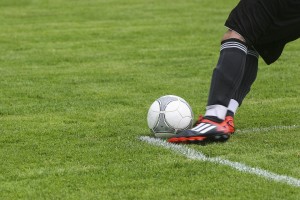